ARE WE SELLING THE NATION OUT? 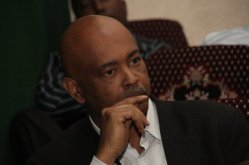 You won’t believe this….we hardly believe it ourselves… The Federal Democratic Republic of Ethiopia has put the Ethiopian Shipping Lines (ESL) S.C. on sale (apparently for minority stake…). Is the government so short of money to run its business and service its loans that it has to look for such a short cut? Or is this a matter of “privatization” or “economic efficiency”? By the way, I read that privatization increase neither efficiency nor competition, but do lead to price increases for consumers, higher costs for government, corruption, embezzlement and the destruction of democracy.
But this is a deeper subject …let me leave it for another day.

Now, how does one explain a situation where, one good morning, the Federal Government announces the sale of one its prized assets, which has taken almost three generations to build? Should we applaud the government for this daring move? Should we be grateful for its flair. No debate, no contest, no explaining to the public what other options were considered that could have avoided the sale of this national treasure. What’s more disappointing is the fact that policymakers, in the last couple of months, have been promising to be transparent, open, and inclusive but judging from events on the ground, we have not moved an inch in that direction.

Still believe in democracy?
Many years ago, 1964 G.C to be exact, Emperor Haile Selassie’s government established the ESL with two share holders: the government (49%) and a US firm (51%). In the late sixties the government bought back the 51% of the shares (with real money, if you know what I mean) owned by the US firm. Half a century later we’re back to square one. Selling our hard earned stake, this time to a Chinese company! The Emperor would have screamed!
This is not good news. It tells us there is far more problem in the horizon than potential upside.

From where I sit the proposal to sell the ESL is outrageous. It amounts to disinheritance of future Ethiopians. National assets like the ESL are strategic investments for not just economic but security reasons as well. I don’t know about you, but I can’t bear the idea that a Chinese company may soon control the ESL, and who knows, in a not too distant future many of the country’s public assets.

Not long ago the magazine African Business reported:
“In the next five years, the company (meaning ESL) will extend the entire transport and logistics chain, which could make it the largest liner trader in Africa in the next five years. It will extensively build its competitive advantage and outreach in the oil and gas shipment to serve the international market through strategic partnerships. Existing constraints in finance and limited access to foreign credit suppliers is a challenge. However, the company’s performance report shows a positive return that will attract credit suppliers to work with the company: its strict follow-up and implementation of international rules and regulations has enabled Ethiopia to be among the very few IMO white-listed countries.”

Local news outlets have also regularly reported on the profits of the ESL. You try to make out what is going on here.

Now, I really do not have anything against the sales of assets but then it should only be those that are either not profitable or you cannot run efficiently. As I said, my heart was made heavier when I noted the absence of any debate on the issue, and the news was reported as a benign matter of fact. Who can trust a government when its institutions that are meant to ensure economic prosperity and unity through sound policies fail to do so? Isn’t it this type of behavior that triggers more chaos and panic than poor governance? Apart from the economic dimension, how can we ignore that national assets such as the ESL are instruments of unity in a country that is plural like ours? Afar, Amhara, Gambela, Oromo, Somali, Tigray, Welayta and all other groups have the consciousness that national investments unite us, and that gains or otherwise there from are nationally shared.

No doubt the proposal to sale of the ESL makes many Ethiopians uneasy. From talking to ordinary people I get the sense that the ESL deal has made many compatriots uneasy for reasons they couldn’t quite articulate.

In fact I think the uneasiness of the people has more to do with what it says about the peculiar fiscal climate in the country. How is it that in one of the fastest growing nation on earth, the government simply don’t have the cash to maintain such a strategic asset, the political will to raise such funds, or the competence to run such reasonably profitable operations? Why is Ethiopia being forced to sell off long-term cash cows for short-term cash? People sense that the Chinese buyer would take the company and move it to Shanghai, or Hong Kong. I doubt if the contract spells out in detail obligations of the buyers to invest in maintenance or to maintain jobs opportunities for Ethiopians, or to keep a lid on shipping rates.

Remember selling a public asset is a classic one-shot – a short-term measure that bolsters the balance sheet today but that can’t be repeated. While politicians focus on getting through the next few fiscal years with minimum pain, foreign Chinese companies are thinking about how to get rich off of shipping business for the next three-quarters of a century.
Of course, by selling the ESL at high prices, Ethiopia could be taking foreigners for a ride. In the eighties the Japanese famously overpaid for Rockefeller Center in New York, after all. It’s possible that the FDRE just ripped off the Chinese on this deal. But I doubt it.

Ah!… Two more questions:
Think Ethiopian Airlines and Ethiopian Electric Power and ET Telecom are safe? Think again!
And who reaps the commission from the ESL deal?
You may have the same reaction we did: This is crazy!