It is said that the Roman Empire fell because it became weak and immoral, in a word ‘decadent’. As the late columnist Joseph Sobran once wrote, the Romans were so busy at their orgies, throwing Christians to the lions, poisoning their spouses, and eating exotic parts of animals in between visits to the vomitorium so they could eat more, that they didn’t notice all the Germans gathering on the frontiers. Then the ruthless pagan Germans rode in, trampled under their horses’ hooves the few poor debauched legionnaires who remained, still foolishly fighting on foot, sacked Rome, destroyed civilisation, overthrew the last emperor in 476, and ushered in the Dark Ages.

I am tempted to make an analogy!

Ethiopia is indeed in a period of change.
But do we really know where we are heading?
And if we do, then do we really want to go there?
This administration is failing not because of lack of support from the people, but because of poor leadership, ‘softish’ dictatorship, flawed institutional design. No one is allowed or wants to take responsibility.
Which brings us to the first defector of the new Prosperity Party’s democratic centralism: Lemma Megersa, an ambitious man who was quietly moved away from his powerful position as President of Oromia, to the Ministry of Defense, and now when he felt he may be losing all semblance of real power, he jumped ship.
Sound bad? Sound like a crisis? Well, may be.

Losing Lemma may be a nuisance but not a serious impediment to Abye. He (Abye) will continue to exploit the breakdown of EPRDF’s party influence. He’ll easily grab the party power (now literally HIS party) as it suits him with more freedom than perhaps any other leader in 50 years. He will organize the 2020 election with Jawar and co, hold multiparty elections with his Pro-Capitalist Prosperity Party as a favorite to win the elections. He will ultimately sell off state-owned assets to benefit the corporate sector and ease the way for price increases to consumers. Is that democracy, or domination by US capital?
Not that we know any better than you do, Dear Readers, how parties will fare in the next election. But if you read enough, you’ll see all the calls for multiparty elections coming from Washington are accompanied by a demand for open markets. Washington believes the two go hand in hand. And Prosperity Party obliges.

Meanwhile we spend time speculating about which local or national parties will form a government, or what happens if TPLF and ORDF or GPDM unite, or where would Lemma land, or Jawar go? etc…. We do not know we’re being played by the ‘Empire’. The problem is when we wake up… we would have lost everything, to be free to do anything!

Censorship and Hate Speech in Ethiopia

Freedom of speech does not mean hate speech to use for insulting or attacking anyone. Hate speech is any kind of communication in speech, writing or behaviour, that denigrates or insults a person or a group on the basis of who they are, in other words, based on their religion, ethnicity, nationality, race or another identity factor. Hate speech may suggest that the person or group—it is usually groups—is inferior and that they should be excluded or discriminated against on this basis including, for example, by limiting their access to resources, education, employment or political positions.[10]

The hate speech has a contribution to creating conflicts between individuals, the societies, the movement, between the states. The objectives of hate speeches are to attack, insult, marginalize or expose innocent individuals and civilian for personal egoistic interest than the public. The haters are negative thinkers those who are searching or finding the dark point from the bright sky. Once the free mind colonized by hate speech, it is difficult to manage easily because it has already corrupted the haters’ fellow mind. Perhaps they could not find anything for their hate purpose, then they create a false flag for conflicts to attack the exposed target individuals or social groups. Moreover, all incitement to discrimination, hostility or violence is hate speech, not all hate speech constitutes incitement.[11]

It has contributions to social crises, conflicts, genocide, and political instability. For example between 1941 to 1945 the Germany Nazi party of Hitler’s irresponsible hate speech abused his fellow leaders, soldiers and Nazi party members, the 17 million targeted people, including 6 million European Jewish were killed.[12] In Rwanda, 1994, the irresponsible leaders and journalists promulgated hate speech through media, such as Kangura newspaper, the Radio Rwanda, Echo des 1000 Collines, and The station Radio-Télévision Libre des Milles Collines (RTLM) promoted hate speech in Rwanda.[13] In addition, some of songwriters and singers; Simon Bikindi, Nanga Abahutu and Bene Sebahinzi contributed to inflammatory fuel for such horrible genocide.[14] As a result, they created conflicts between ethnics’ groups, mainly Hutu and Tutsi, then more than 800 thousand civilians killed, and 2 million people displaced within a short period of time. Similarly, hate speech affected Kenyan, Bosnia and Guatemala societies.

In Ethiopia, since the 1960’s revolution, hate speeches are highly grew up by irresponsible political activists, radical groups and their leaders entire the country. The haters gave negative attitudes and bad images for a specific social group, with lots of pseudo-stories to use for mobilizing their supporters for political interest. In addition, the haters gave code name for specific ethnic groups and religion followers. Their members and supporters accepted as a truth, then published and broadcasting hate speeches repeatedly. Finally, in May 1991 those political groups took the government office, but they continue their hate speech as an ordinary word until April 2018. The ruling party, EPRDF and its coalition members and affiliated groups’ constituents are not free from hate speeches. In addition to promoting hate speech to discriminating, insulting some specific social groups who are categorized by political elites and activists. Some of the opposition groups did the same thing to react to the ruling party attitude. All these imprudent political traditions have been expanded entire the country.

The New prime minister, Abiy Ahmed boldly changed this negative attitude of state-sponsored hate speech and criminalizing targeted social groups and political organizations. This is a good opportunity for all actors those who want to exercise their democratic rights to involve in a genuine political activity. Unlikely, some of the activists and political leaders manoeuvre hate speech as a tactic for their selfishness demand. Gradually, hate speeches are dramatically increased both in mainstream and social media. As a result, many civilians, including children and women have been killed, more than 2 million people internally displaced.[15] Therefore, hate speeches have a contribution to creating social conflicts, which are orchestrated by activists, and the local leaders. Of course, some of the ruling party leaders and the radical groups are committed for local displacement and ethnic cleansing.

Today, social media are very important to disseminate information, knowledge and make social life. The proper use of social media platform is important to help to exercise freedom of speech and citizen journalism. On the other hand, some people misuse the platform for insulting or harassing individuals or some social groups. Yet, hate speech promoters and sponsors are not accountable for such public damages. Hate speech is using an instrument for dictators and idealess activists to mobilise their supporters, then leads to taking immediate reactions to limit freedom of speech. In Ethiopia, hate speeches highly spreading by mainstream media and social media as well. Ethnic-based private owned and regional state media promoting hate speech against of pro-Ethiopian unity groups commonly insulting, attacking and discriminating with the words, “homeless, settlers, …”

In social media, the ruling party had experiences to organize the activists in the name of “Social media soldiers” under fake name those who were promoted hate speech, and to share distorted information for diverting and controlling social media. Similarly, some of the diaspora based ethno-nationalist activists and haters have the same experiences to react the ruling party and the other counterpart. Currently, the country is under political reform, however, both of them are continuing in the same way to create a false flag, promoting hate speech and social grievance. It has an impact on freedom of expressions and press freedom as well. Unless to manage the hate speeches, the country reform will be faced by social crises and political instability. Otherwise, the hate speech determines the fate of freedom of expression and press freedom sustainability in general.

[11]UN (2017) Plan of action for religious leaders and actors to prevent incitement to violence that could lead to atrocity crimes, Genocide prevention document.

[13]Scheffler A. and Pelley M.L. (2015) The Inherent Dangerof Hate Speech Legislation: A Case Study from Rwanda and Kenya on the Failure of a Preventative Measure, fesmedia Africa, Friedrich-Ebert-Stiftung, Namibia. 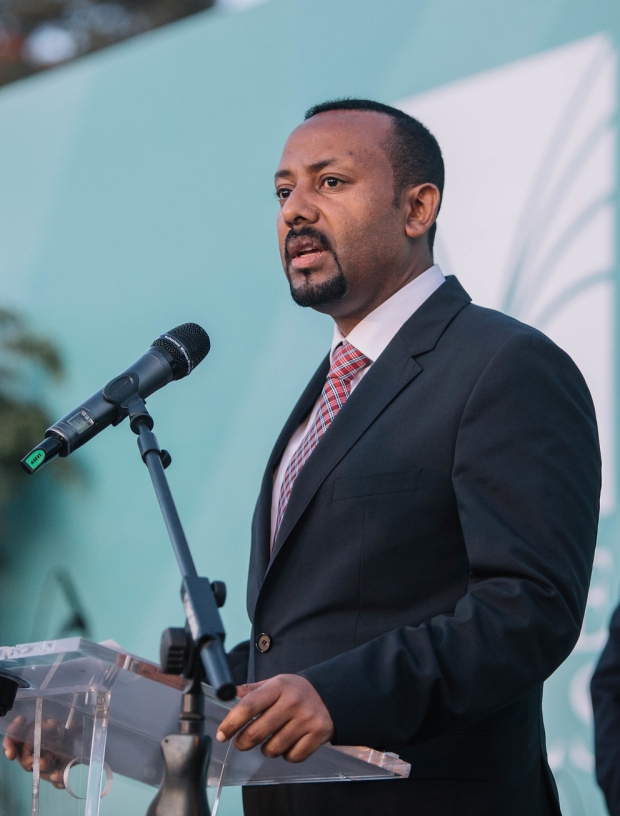